Graduated in Chemistry Bachelors with technological tasks and biotechnology (2005), Direct PhD (2010), post-doctorate (2011) in Biological Sciences (Biochemistry) in molecular biology and structural biology areas at Chemistry Institute in University of São Paulo. At the moment, Dr. Cristiane Guzzo is doing a sabbatical work  to improve her skills in structural biology involving mega protein complexes embedded in the bacterium membrane in the group of Dr. Gabriel Waksman at Birkbeck College in London. Currently Professor in the Microbiology Department in the Institute of Biomedical Sciences of University of São Paulo (ICB-USP).

The first contact with proteins was in the Professor Dr. Shaker Chuck Farah laboratory in 2002 in the Chemistry Institute of University of São Paulo as a undergraduate student. Since then, has dedicated itself in the field of structural and functional biology. Cris Guzzo lab has been working in molecular biology, expression and purification of heterologous proteins, crystallography, NMR, and various conventional biochemical techniques such as circular dichroism, Western-Blotting assays and others. At the moment, the laboratory is implementing others structural approaches as single particle Cryo-Em in collaboration with renowned research groups in the field.

2. Structural and Functional studies of the c-di-GMP signaling in the human pathogenic bacteria Leptospira interrogans serovar 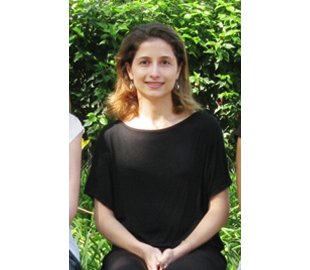